Getting a strong crowd behind your project.

Everybody already knows that websites like Kickstarter, Indiegogo, GoFundMe and many others have been used by millions of people either to collect funds needed to finish a project or to back a product or a campaign that they love. From high-tech gadgets, to art projects and humanitarian causes, you can pledge your money (starting from as little as $1) for almost anything. Plus, you also get some awesome perks – most often, the product itself at a discounted price.

In theory, it all sounds wonderful: you can finally raise all the money that you need to complete that awesome project of yours or finally fund a cause your truly believe in. But as usual, it’s not always that easy. Let’s take a look at all things good and bad about crowdfunding.

Having your project funded by strong communities from Indiegogo or Kickstarter is enough publicity for any start-up. All you need to do is upload a video, a few photos, a catchy description and wait for money to start pouring in.

In fact, such websites are those who made possible for various awesome gadgets to exist, but also for truly inspiring causes to go on. Those of you who are crowdfunding aficionados might remember Gravity Light, a solution designed to bring light to 20% of the Earth’s population who doesn’t have access to electricity. Instead of $50.000 (their initial goal), they ended up raising almost $400.000 and great awareness for their endeavor. And this is just one example out of thousands of worthy projects who have seen the light of day; so, it’s safe to say that crowdfunding will help many more and will even make the world a better place. But there’s always a “but”:

The Bad & the Ugly

It is very hard to get your project funded if you lack both the money to invest in it and a solid media network to support you. An excellent video for the campaign (which all crowdfunding websites indicate as being your most powerful tool to attract backers) is just the beginning of a huge number of expenses that you will have to make.

Even more, when it comes to actual products, you have to be in the late development stages to get your project accepted on certain platforms – for instance, Kickstarter rejects any project that uses computer renderings of a product in a video or photo. So, your product has to be pretty much completed in order to appear on Kickstarter. Indiegogo, on the other hand, doesn’t reject any project, so you can use anything in your video or photo. Before rejoicing in this, let us tell you that the “gogo factor”, the algorithm that dictates which projects rank higher on Indiegogo is heavily based on its social media reach and funds that it already received. In fact, no one has ever seen a project to be featured anywhere visible on Indiegogo before reaching at least 20% of its goal, preferably in the first week. So, as previously stated, you need a powerful network of backers already in place before you start your campaign or the ability or fund at least 20% of it yourself.

Despite the bad & ugly sides of crowdfunding, let us remember that an excellent product or a worthy humanitarian endeavor has every chance of making it. All you need is a very well-crafted campaign and a lot of time to invest in it.

Did you ever fund such a campaign? If so, we’d love to learn what drew you to it. 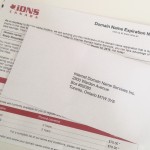 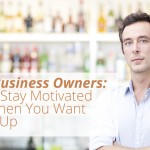 Small Business Owners: How to Stay Motivated even when You Want to Give Up