One cannot underestimate the importance of headline. We pick out what we wish to read by headlines, and we don’t want those headlines to be misleading. The writing of headlines is one of the greatest journalistic arts. They either conceal or reveal an interest. A headline has the ability to capture the attention of an audience only if it is written in a way that appeals to them. If it doesn’t appeal to the right audience, it is concealing itself.

The difference between a salesman and an ad is that a salesman cannot be ignored by a prospect because he is physically standing in his presence and talking to him. However, an audience chooses if they want to read an ad or not – the advertisement can be ignored out of a person’s own volition.

Another key difference is that a salesman spends much of his time persuading prospects who are ultimately not looking to buy. Whereas an ad is going to be read by the intended audience because people who will read are those who are interested and are interested voluntarily.

So, the point is to make those prospects who are interested in the ad respond. If you wish to talk to someone specifically in a crowd you use their name to address them – the same should be for creating ads. Use the right words for those who are going to choose to read. A good marketer only cares about the people who are interested in whatever it is he has to offer and creates advertisements only for their interest.

A person might spend money buying the whole paper, but will only flip to the pages that interest him. Newspapers hold many categories: politics, business, entertainment, sports etc., and you are likely to read the subjects that interest you, and moreover, read only the headlines that capture your attention within the categories themselves.

Suppose a newspaper ad spoke about the most beautiful woman in town. The ad would interest the woman and her friends, but they wouldn’t read it if the headline read “Egyptian Archaeology”, would they?

People are hurried. You don’t want to waste their own time. In fact, it is the job of the advertiser to cut down their time spent on wasteful activities.

The writer of this chapter spends far more time on headlines than on writing. He often spends hours on a single headline. Often scores of headlines are discarded before the right one is selected. For an entire return from an ad depends on attracting the right sort of reader. The best of salesmanship has no chance whatever unless we get a hearing. It is for this reason that good marketers look for niche markets; there is always an audience that’s ready to buy. They just have to be found and spoken to correctly.

There is already a good amount of data that presents what works and what doesn’t and headlines are measured just as mail order advertising: Thus we learn what type of headline has most widespread appeal. The product has many uses. It fosters beauty. It prevents disease. It aids daintiness and cleanliness. We learn to exactness which quality most of our readers seek.

So be a mathematician with your headlines. Make sure they reveal the right things to the right audiences and avoid making them mysteries: “On soap, for instance, the headline “Keep Clean” might attract a very small percentage. It is too commonplace. So might the headline, “No animal fat.” People may not care much about that. The headline, “It floats” might prove interesting. But a headline referring to beauty or complexion might attract many times as many”.

“You are presenting an ad to millions. Among them is a percentage, small or large, whom you hope to interest. Go after that percentage and try to strike the chord that responds”. 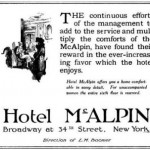 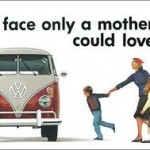