Psychology is the marketers’ most favourite sport. You should know that for every action there is a reaction, and you should use this knowledge to lead to positive salesmanship results.

Human nature doesn’t change; it has always been and will always remain the same. It is in the advertiser’s best interest to understand human psychology because what he learns will never have to be unlearned or re-learned.

Curiosity is a major drive in human nature and outlines the psychology of Americans. Americans are extravagant. They want bargains but not cheapness. They want to feel that they can afford to eat and have and wear the best. Treat them as if they could not and they resent your attitude.

People judge largely by price. Coming up with the right price point is also a matter of psychology. Here is an example: In the British National Gallery is a painting, which is announced in a catalogue to have cost $750,000. Most people at first pass it by at a glance. Then later they get farther on in the catalogue and learn what the painting cost. They return then and surround it.

Another example: A hat in a department store was displayed at sale price for $100. The department store became crowded by women who just wanted to see it. The price was so high that it struck awe. Therefore, cheaper is not better- Americans are interested in bargains and if a product is marketed properly, a higher price point will raise credibility.

The same two examples are translated to advertising. If we’re advertising a valuable formula we say we paid $100,000 for it. This anchors the psychology of respect and consequently value.

There are various psychological triggers that can be achieved through different methodologies: guarantees, coupons, freebees – “An advertiser offered a set of books to businessmen. The advertising was unprofitable, so he consulted another expert. The ads were impressive. The offer seemed attractive. “But,” said the second man, “let us add one little touch which I have found effective. Let us offer to put the buyers name in gilt lettering on each book.” That was done, and with scarcely another change in the ads they sold some hundreds of thousands of books”… “Through some peculiar kink in human psychology the names in gilt gave much added value to the books”.

In the same way it is found that an offer limited to a certain class of people is far more effective than a general offer. For instance, an offer limited to veterans of the war, or to members of a lodge or sect, or to executives. Those who are entitled to any seeming advantage will go a long way not to lose that advantage.

So with sampling. Hand an unwanted product to a housewife and she pays it slight respect. She is in no mood to see its virtues. But get her to ask for a sample after reading your story, and she is in a very different position. She knows your claims. She is interested in them, else she would not act, and she expects to find the qualities you told.

Two concerns, side by side, sold women’s clothing on instalments. The appeal, of course, was to poor girls who desire to dress better. One treated them like poor girls and made the bare business offer.

The other put a woman in charge – a motherly, dignified, capable woman. They did business in her name. They used her picture. She signed all ads and letters. She wrote to these girls like a friend. She knew herself what it meant to a girl not to be able to dress her best. She had long sought a chance to supply women good clothes and give them all season to pay. Now she was able to do so, with the aid of men behind her.

While some may be known by instinct, others are taught by experience. A marketer must know what to trigger in the mind of the prospect, and for that he must understand his mind first. 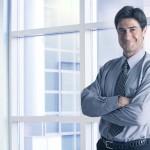 “Advertising 101 for Business Owner” Sell Better by Being Specific